From the top of Via Krupp... 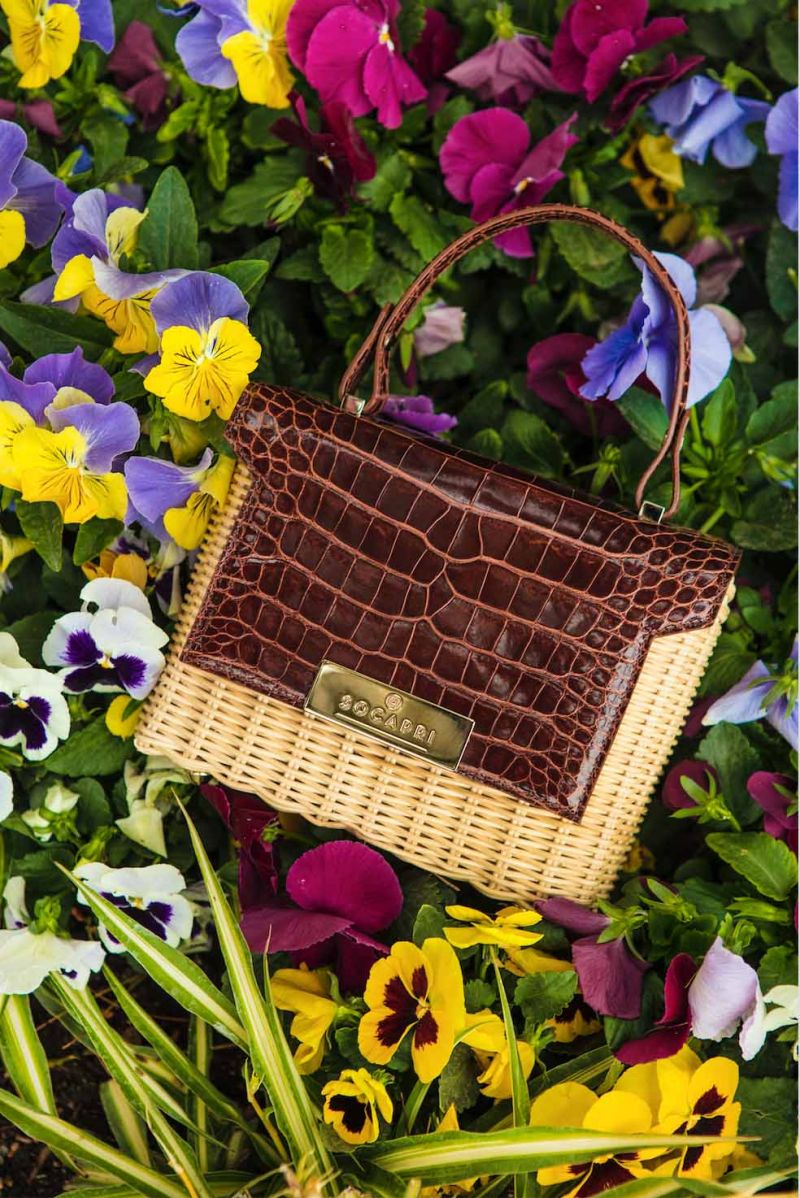 From the top of Via Krupp...

Bringing the canvas to nature, confronting the truth, putting an almost scientific eye on the object that joins the natural element in a romantic and sweet way but at the same time powerful is the basis of the "en plain air" technique that Turner has given birth to the pictorial movement of Impressionists.
SOCAPRI's handbags, and in particular INCA, the midollino bag in the red, white, and brown alligator variants reveal a high perfection in the mix of materials and colors that make a chromatic vibration that gives a natural and enchanting species if overlaid with a natural background.
It is as if there was a poetic harmony of colors with this fusion.
SOCAPRI had taken up this technique and created it into a bag.
The colors are naturally connected to each other in perfect alignment with the rest of the collection, which is named "Aquatic Connections".
The sea connects to the land, to this corner of paradise until it reaches to the Gardens of Augusto, a city park in Capri where you can see a parade of several specimens of plants and flowers typical of the territory.
The Augustus Gardens were born. It was the ancient property of German industrialist Friedrich Alfred Krupp who bought the property in the early twentieth century near the Certosa di San Giacomo to build his Caprese home.
The Augusto Gardens (this is the name this botanical theater took after the first world war) is the point of arrival on the Via Krupp panoramic road.The rocky coastline suspended by the sea with tight bends that seem to overlap.
SOCAPRI encloses the pure essence of Capri, its uniqueness and its atmosphere that translates into precious and sought-after objects such as INCA.